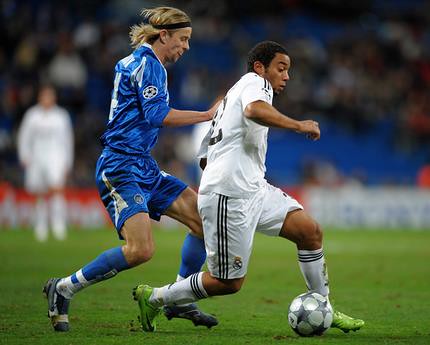 Read on for More

I must admit I was deeply skeptical about Marcelo when I saw him playing for Real Madrid in the first 2 to 3 months of his arrival. People hailed him as the next Roberto Carlos and I did not see anything, apart from him being left footed, which reminded of Roberto Carlos, but he has improved a lot in the past year or so and has become a regular at Real Madrid. I think, he can develop a lotmoregiven his age and experience at the big stage (which he has a lot of given his age). At 22 he already has played over 100 games for Real Madrid and that is quite something.

A lot players have come and gone, as is always the case at Real Madrid, but Marcelo has been able to survive. I don’t know how, I always wanted Real Madrid to get rid of him but only tolerated his series of poor performances because of his age and I hoped he would develop into something usefulfor

3 Reasons Why Xavi Is No Good

This site uses Akismet to reduce spam. Learn how your comment data is processed.