3 Reasons why Gerrard would be hit at Real Madrid 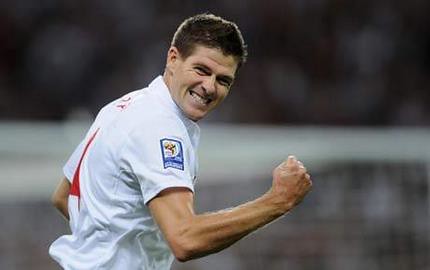 Benetiz’s exit from Liverpool is said to smoothen out a transfer deal for Steven Gerrard. Apparently, Gerrard is uncertain about his future at Liverpool as he should be, Liverpool will not play any Champions League football next season, finished 7nth in the league and the owners have announced a transfer budget of 30 million euros which quite frankly, in todays market, is a joke.

Jose Mourinho has been a long time admirer of Steven Gerrard, he tried to sign him on several occassions while Mourinho was at Chelsea, but because of Benetiz no deal could be struck between Chelsea and Liverpool. Benetiz was also the reason why Real Madrid had to pay so much for Xabi Alonso and it is thought that he would have been the main obstacle if Real Madrid were to sign Gerrard from Liverpool, now that he is out of the way a deal could be made.

The american owners of Liverpool desperately need some money for new players this summer and selling Gerrard could just be the only way they are going to get some money. At Real Madrid, usually the transfer season goes like this “if RealMadridwants a player, Real Madrid gets a player”. So considering Real Madrid do end up signing Steven Gerrard, here are the reasons why I think he would be a instant hit at the Bernabeu:

Benzema better than Ibrahimovic for 4 Reasons

This site uses Akismet to reduce spam. Learn how your comment data is processed.